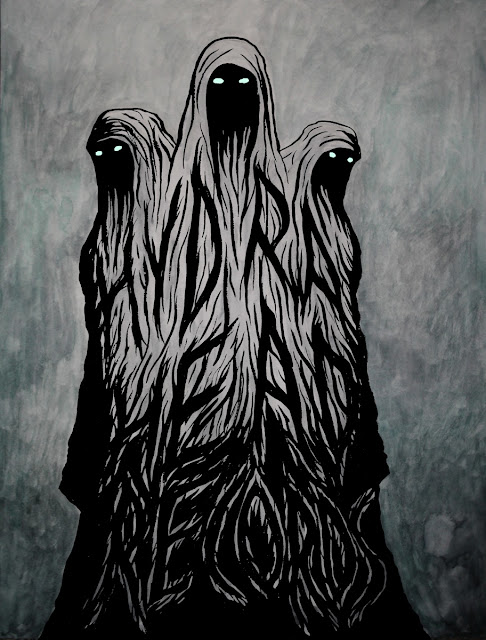 I designed a poster for OLD MAN GLOOM's upcoming show at the Echo. It will be available as an 18"x24" signed and numbered screen print at the show. I will probably have a few available online.

If you haven't given OLD MAN GLOOM's new album NO a listen, you should. It will put hair on your chest. And your face. And your arms, legs, back, and everywhere.

I directed a new music video for my pals Torche. The song is "Kicking," from their new album Harmonicraft. It premiered today on Stereogum. Here's a quote:

"Director Andrew James Cox manages to hit all the inspirational sports-movie beats while making fun of them at the same time, and that hallucination sequence is a thing to behold." - Stereogum


Thanks to everyone who helped out, and to Volcom for making it happen.


Also, congratulations to my best friend Jesse Rueter (that's him adjusting his hat in the preview image above) and Caroline Chen on their wedding on Sunday. This has been the best week of my life. I'm working on making it the best year.
Posted by Unknown at 12:20 PM No comments:

After you drop by your local comic shop for Free Comic Book Day (this Saturday), come on over to Eagle Rock: 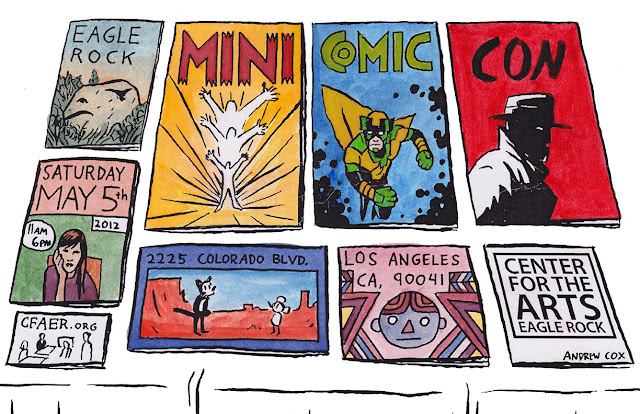 Mini Comic-Con narrows the focus of the monolithic pop-culture event of Comic Con to its humble origins: the overshadowed vanguard of small press and independent comics. The exhibition highlights work that experiments with visual storytelling, both in content and form. Through selective appropriation of narrative devices and the invention of new ones, creators explore new ways to craft stories.

Mini Comic-Con exhibits recent work by emerging and established independent comic artists, a diverse group that is connected by shared influences: traditional comics, literature, film, experimental visual disciplines, DIY and small press culture, and a desire to project a singular voice. These works do more than tell a story with pictures; they blur high art, fantasy, and mundane experience to create something else entirely. Sometimes funny, sometimes fearlessly earnest, the artists use accessible yet refined drawing techniques to simultaneously connect with the viewer and generate a narrative structure that draws us further into their created worlds.

Posted by Unknown at 6:06 PM No comments:

The video I directed for Helms Alee is in this art show at Cirrus Gallery, opening tonight (like right this moment, as I am typing this. Sorry for the late notice.) Thanks to Aaron Wrinkle for including me.
ONCE EMERGING, NOW EMERGING: OPEN NETWORK
March 10- May 5, 2012

My first show as AXED CROWN: 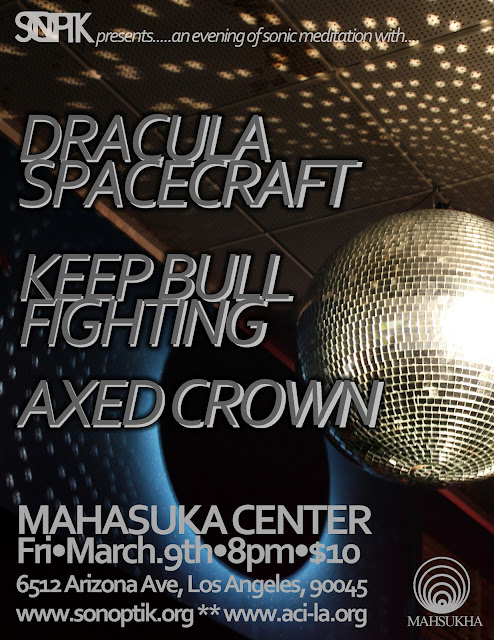 So, the video I directed for HELMS ALEE's "8/16" is finally out. Not only that, but on the front page of VEVO, which means it is getting millions more impressions than I ever would have imagined.
I had a lot of fun making it, especially going up to Seattle and shooting with the band (total DIY friend-fest. We owe a bunch of people hugs and favors.) It was stressful at times, but I was always sure we were working on something awesome. I am extremely proud of how it came out.
Ben told me about the idea for the video when the band was on tour with Boris around the time my video for Torche's "UFO" came out. Which means this was waaay before any of us knew that Beavis and Butthead was going to be back on TV.
So months go by, the band records Weatherhead and we pick up discussion of the video. At one point I proposed shooting them as live action versions of Beavis and Butthead, mostly because I was nervous about animating. We settled on the concept of the video pretty much as it came out, and I suggested trying out Kickstarter to get a decent budget to make the video (when I made the Torche video, what little money we spent came out of my own pocket). I'd do some things differently in hindsight, but mostly it went really well, and we got enough money to do the video.
Shooting the video and editing were smooth, and animating was too, but it is always a pretty slow process. I did all the drawings by hand then scanned, colored, and arranged them digitally. It took longer than I anticipated (as usual). When I gave the band an ETA I doubled how long I thought it would take and ended up being right on the money. It could have been done more quickly, but making videos isn't my full-time job (yet?).
So in the time it took to make the video, Beavis and Butthead returned to MTV, grunge returned to the fashion world, and at Trader Joe's I've started hearing the songs whose videos we re-created.


I made this for Akina for Valentine's day.
Posted by Unknown at 11:11 PM No comments: